Cryptocurrency in death and divorce

Cryptocurrency in death and divorce 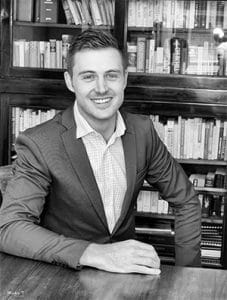 Cryptocurrency can be defined as a virtual asset which resembles monetary value and is exchanged on a decentralised marketplace by way of blockchain technology. In layman’s terms, these are virtual assets that can be used to purchase goods and services, and allow for the transfer of funds between persons on a platform free from third-party regulation. In recent years, “crypto” has become the new buzzword that has reached unprecedented popularity, arguably due to its unregulated nature facilitated by a platform wherein funds are transferable between parties regardless of nationality and without the supervision of banks and governments. Further contributions to its rise in popularity include its predominantly volatile prospect of profitability, inherently secure technological nature and the option of anonymity.

Needless to say, cryptocurrency has become a household term which is not only a common point of discussion around the dinner table, but is also included in the portfolios of students, CEOs and pensioners alike. Remarkably, since its introduction in 2009, the South African Revenue Services only as recently as April 2018 released a statement in which it noted its interpretation of cryptocurrency as an “asset of intangible nature” which is to be treated as gross income or alternatively as capital for income tax purposes.

As a consequence of its novelty, many common legal aspects surrounding crypto assets are unclear in comparison with assets of a similar nature such as bonds and shares. Shortly following suit behind the uncertainties involving future tax consequences and possible external regulation, is the crypto owner’s biggest uncertainty which concerns the question – “What happens to my crypto assets in death and divorce?”

The uncertainty, however, creeps in when one considers the practical aspect of leaving behind a crypto asset. Cryptocurrency is held in the form of a “wallet” which is accessible only by means of a virtual key, in the form of a password, which is known only to the owner of the wallet. Without such a key, it is virtually impossible to gain access to said wallet, as was recently the case in the UK where a deceased’s heirs were left perplexed in light of the fact that they had no means to access their crypto inheritance.

In order to ensure your estate is divided between your heirs, it is of critical importance to keep an updated will so as to ensure that your estate is not dissolved on an intestate basis. This is particularly important with regard to crypto assets which may only recently have been acquired, and may as such not yet be included in your will. Subsequent to including crypto assets in an updated will, it is crucial to include all relevant information concerning access to your crypto wallet or ensuring that your heirs are at least apprised of such information. Caution is key, as criminals and hackers will gain complete access to your crypto assets when in possession of the crypto key that unlocks an otherwise virtually impenetrable wallet.

The fact that crypto currency is regarded to be a new asset class, as in the above, does not change its applicability to the general principles of our matrimonial law. At the risk of stating the obvious, the manner of distribution of assets in divorce naturally depends on the type of marriage entered into and whether or not the system of accrual applies. The potential difficulty, however, comes into play when determining the value of a spouse’s estate for distribution purposes when the said estate owns crypto assets.

Cryptocurrency is often associated with tax evasion and money laundering due to its inherent anonymity and, as such, it is feared that spouses may use such a platform to hide assets from a soon-to-be-divorcee. As is the case with other financial accounts, it is important to formally request documentation concerning crypto assets. Additionally, it is important to review the financial statements provided to ascertain whether there are any transactions that indicate the possible existence of crypto accounts. In this regard, Section 7 of the Matrimonial Property Act 88 of 1984 provides for disclosure of a spouse’s assets in divorce proceedings and any contravention in this regard can be dealt with under the relevant remedies provided by our law.

A concluding consideration to bear in mind when dealing with cryptocurrency in cases of divorce is the uncertainty surrounding its value for purposes of tax and distribution. Cryptocurrency is infamous for being a volatile asset wherein one can make a substantial profit or incur an equally great loss in a matter of hours. As such, a spouse’s estate may materially change during divorce proceedings in that great affluence may be wiped out or a penniless estate may grow into a fortune. Consequentially, capital gains and income tax need also be borne in mind as aforementioned swings in value will trigger tax considerations in the dissolution calculus.

It may be too early to predict whether or not the crypto revolution is a blessing or a curse. However, there is no denying that one should ensure that one’s estate is equipped for dealing with any consequence such a revolution may hold. An advised point of departure is to ensure that the necessary arrangements and provisions are in place to ensure that your crypto assets are well directed in death and divorce. If anything, these provisions may give you certainty in the otherwise uncertain realm of crypto.